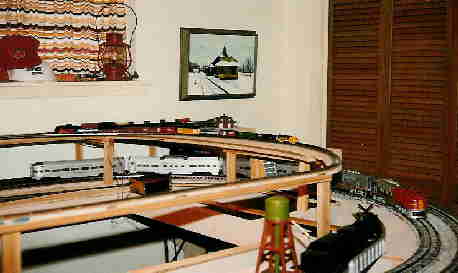 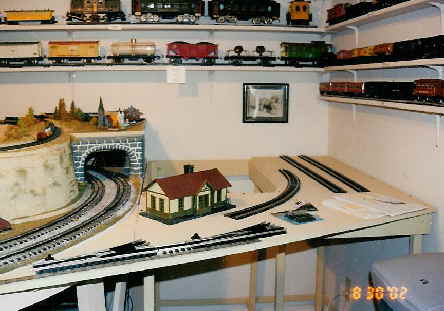 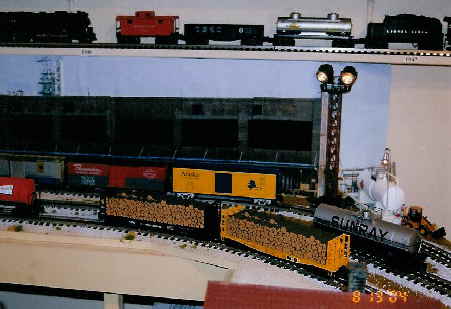 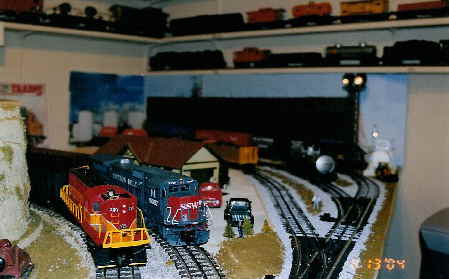 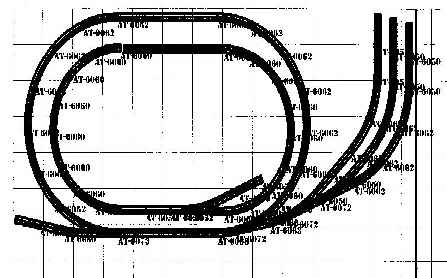 My “Cotton Belt & Gulf” O-gauge railroad started life in Natchez, Mississippi as a double-tracked mainline built with the primary objective of displaying and occasionally operating my growing collection of postwar Lionel trains. Although each loop has one short siding, my layout still didn’t provide many operational possibilities.

An interesting feature of the layout is that it ducks into a tunnel under an N-scale version of the Mississippi Central (now Canadian National/Illinois Central) that serves Natchez, where we lived before retiring and moving to Fairhope, Alabama in 1993.

In July 1999 I joined LOTS to help with the convention in Mobile. With this added incentive I soon found myself to be more of an “operator” than a “collector” and, with this transition, I found that I wanted more than just running trains round and round.

In 2002 I ordered a copy of the Atlas track design software (RTS version 5.0) and used it to construct a fairly accurate drawing of my current spare bedroom layout 6 feet 6 inches wide by 10 feet long with 72-inch diameter curves on the outer loop. The available space on the right end of the layout was just enough for a 3-track spur yard off the outer loop of the mainline using O-72 Gargraves turnouts and flex track.

I built the addition to match the original layout as closely as practical. Since the addition was a yard, I did not use cork roadbed under the track but, instead, used pieces of cardboard cut to shape to provide a fairly gentle drop from the mainline to yard level. I built up the depot area to almost the same level as the mainline using -inch blue foam wallboard. After the track was laid I added Woodlands Scenic ground foam and ballast. Each of the three yard tracks is insulated, with power supplied via an Atlas Selector (although only one power source is connected).

Since I am retired from International Paper, I decided the yard’s purpose would be to provide cars for shipment of pulp and paper from, and supplies to, a paper mill. I made a backdrop on my computer printer using photos that I took of the International Paper mill in Mobile (the mill has now been abandoned and torn down). It provides a logical place for boxcars waiting for loads. The backdrop includes the top of a Kamyr digester used for pulping. I also bought a Lionel LPG tank to place on one corner near the mill. Arttista figures are placed at several locations to add a “human” element.

Although I occasionally operate my traditional size trains on the layout, I more often operate Std. O equipment including boxcars by various manufacturers, two Atlas pulpwood cars, an Atlas Sunray LPG tank car, a Hooker tank car, etc. I have three Cotton Belt/Southern Pacific locomotives – a Lionel GP20, an Atlas DASH 8-40B and a GP7 with a Lionel shell and Williams chassis and motors. One of our local train club members detailed the Lionel shell to look like the single GP7 owned by the Cotton Belt. It ran passenger service through my hometown of Benton, Louisiana, between Lewisville, Arkansas and Shreveport in the early 1950s.

Compared to other layouts I’ve seen, I’m not much of a craftsman nor model builder, but I hope seeing what I’ve done will help inspire some of the rest of you to build your own railroad and to tell the rest of us about it.