Older versions of the layout, called the Southwest Long and Narrow, were written up in the August 1995 and August 1998 issues of the Switcher. In its current form the layout is constructin what was formerly a carport, measuring approximately 17′ by 13′.

The SL&N began life as a 4′ by 16′ railroad and grew into one that is U shaped. The longest arm on the layout, on the west side of the carport, is 16 feet long. The shortest arm, on the east side, is 12 feet. Overall width of the layout at the base of the U is 12 feet.

The mainline spans the entire layout. The design also includes two reversing loops, a short line, two runaround tracks, multiple sidings to a number of industrial areas, and a trolley line. Power to the layout is provided byh two Lionel ZW transformers that power trains, lights, and accessoriesss, and a KW that activates 19 022 Lionel postwar switches.

There are many postwar Lionel accessories and structures, and a few MTH accessories. Building kits and Plasticville structures are also scattered around the layout.

The locale is Southwestern desert with sand, scrub brush, and cactus.

A Lionel TMCC Cab I, in conjunction with a Powermaster and Command Base,is used to run the trains and control the switches. All switches are actived with SC-2s. At present most locos are run in conventional mode. One command ready loco is used on the layout and two others are scheduled for command control retrofits.

Most of the motive power and rolling stock on the layout is a combination of MTH, K Line and Williams. Now that TMCC has become a major part of the layout any new motive power will be either Lionel or manufacturers that use the TMCC system.

Click on the images below to read the captions: 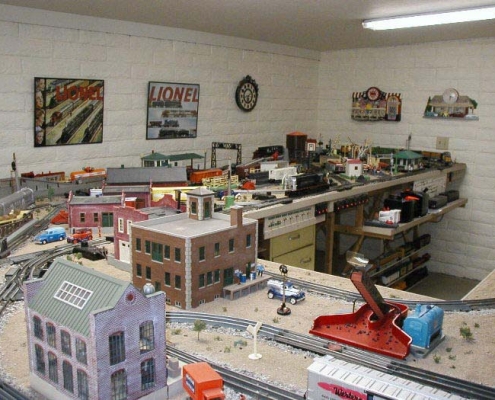 The longest leg of the layout on the west side of the building. 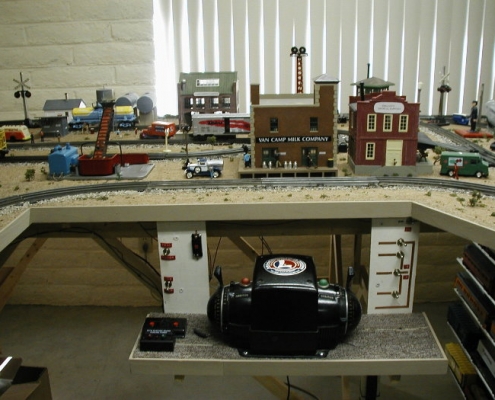 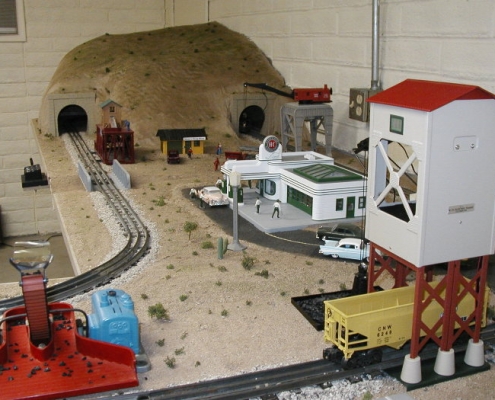 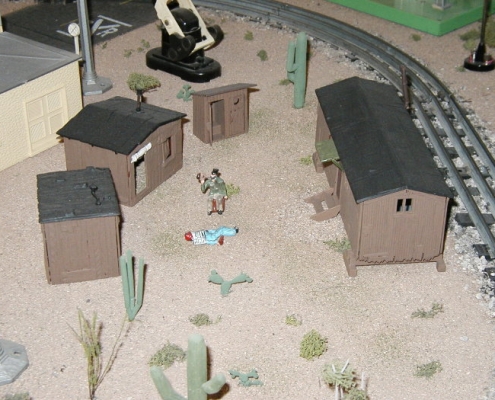 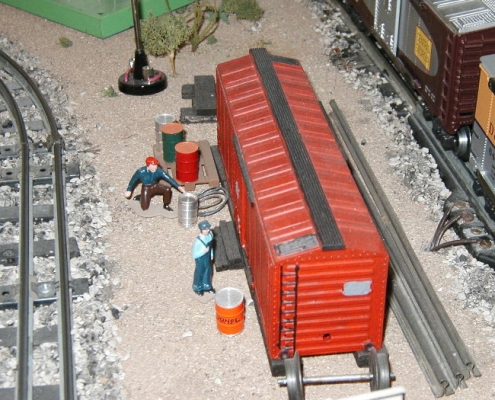 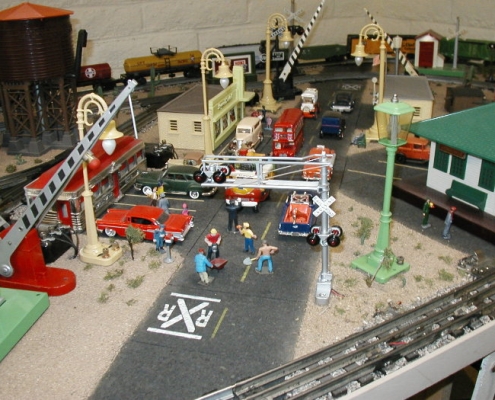 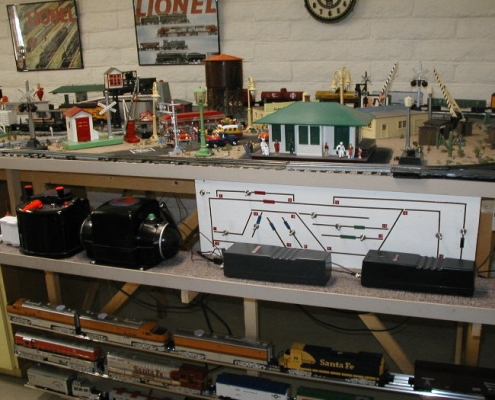 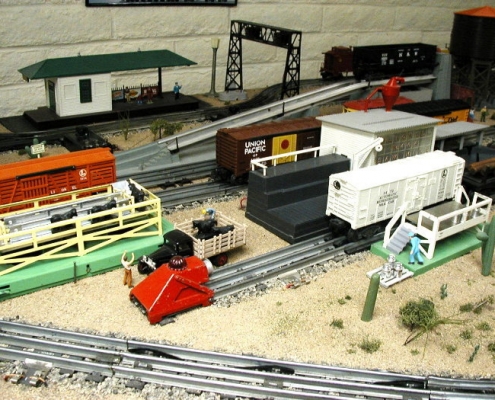 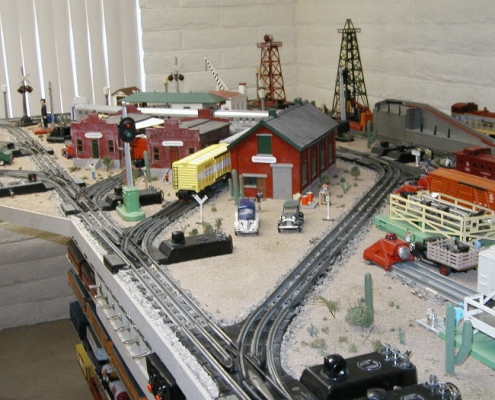 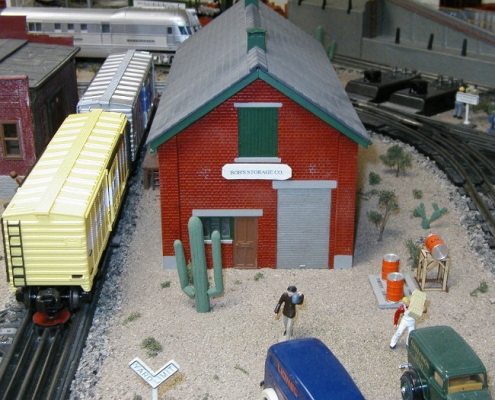