The Chicago Pacific Railway is an operator’s layout using Lionel and MTH trains, Lionel tubular track, and Lionel, MTH, American Flyer accessories with their unique operating charm in a prototype railroad setting featuring long mainline runs, industrial sidings, yards with lots of switching with realistic railroad signaling, operation and scenery. A steam and 1st generation diesel era is modeled with locomotives, rolling stock, structures and vehicles appropriate to the era. Western road names operating between Chicago & the Pacific Coast are run from which the layout gets its name. A variety of techniques were used to model scenery inspired by Colorado’s prairies, mountains & canyons.

The train room is a 410 sq. ft.”L”. The layout is “U” shaped with an around the wall track plan folded into an “L” with center aisle access. The track plan consists of two folded “dog bone” loops each with two passing sidings connected by a pair of switches wired together to make a single long continuous twice around multi-level loop with four passing sidings. A 3% helical reverse loop between the upper & lower loops reverses direction of trains between the two loops with a 10 inch change in elevation. A reverse cross-over near the main terminal reverses direction of trains. The track plan has a passenger station/terminal & yard, a freight terminal & yard, a diesel engine yard and a steam engine yard with turntable and roundhouse.

The layout is signaled & interlocked at all sidings, junctions, crossovers & yards which controls the operation of up to four trains traveling in any combination of directions along the mainline. Switching operations and movements in the yards and terminals can be performed independent of mainline operation. An auxiliary control panel allows local operation of trains between the upper and lower loop siding’s industrial spurs via the reverse loop independent of mainline operation. The layout can be operated in Trainmaster control mode but is designed primarily for conventional transformer control.

View the pictures below and see my article in the October 2014 issue of SWITCHER! All LOTS Members are welcome to visit my layout while traveling. Please look me up in the LOTS Membership Roster (CM-60) 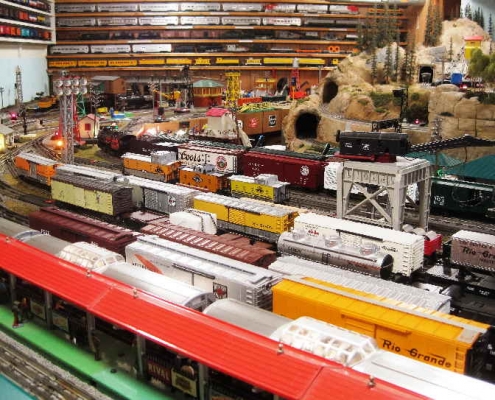 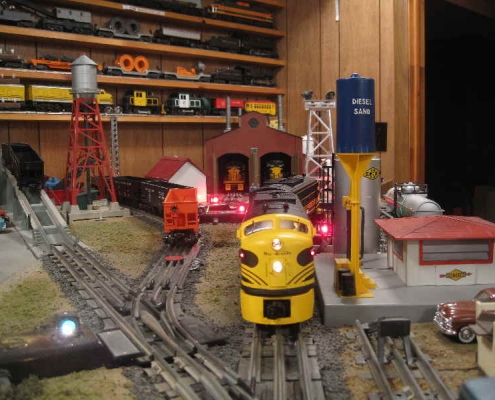 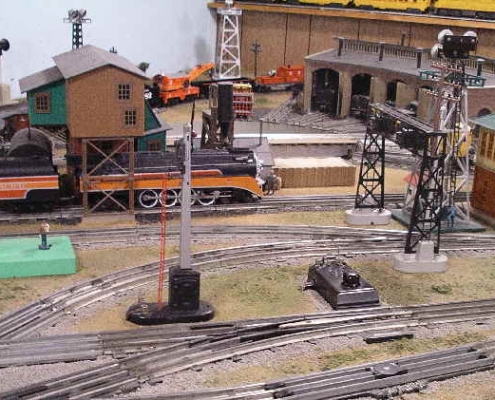 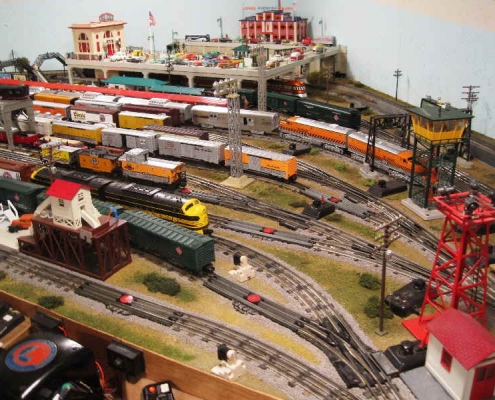 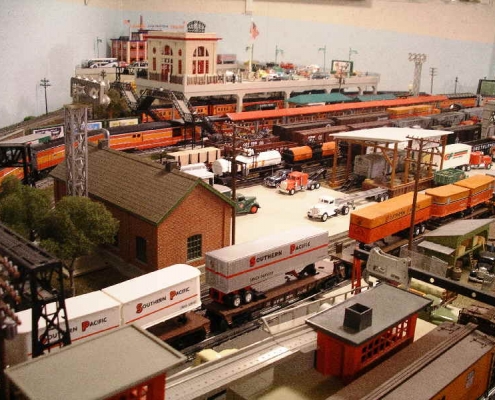 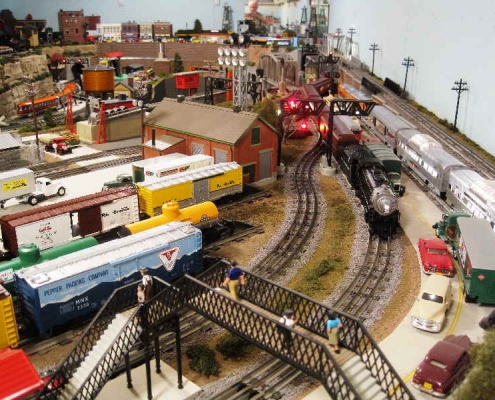 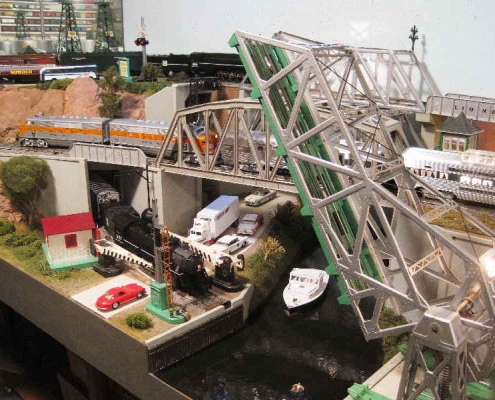 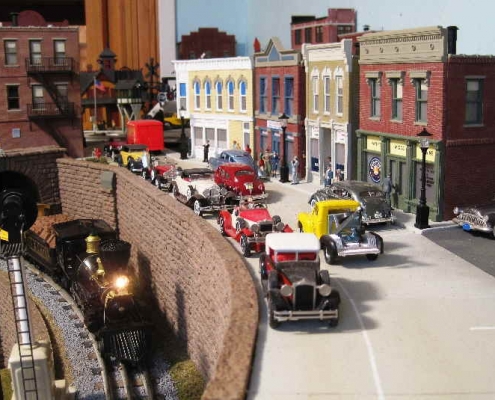 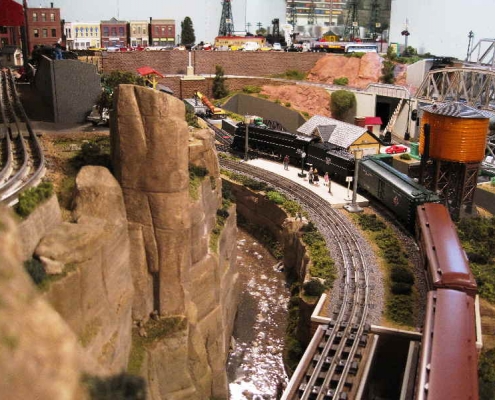 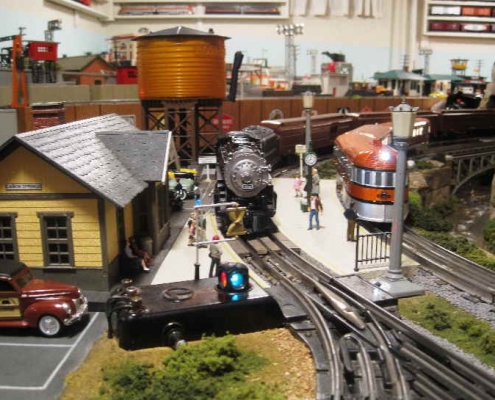 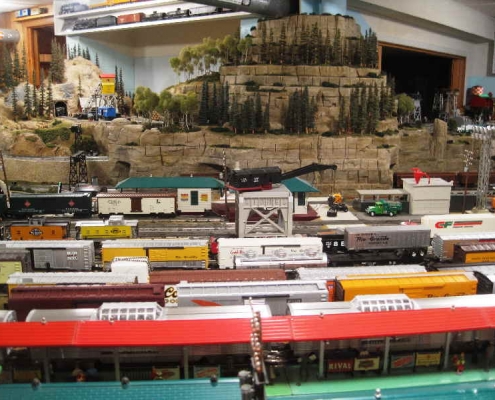